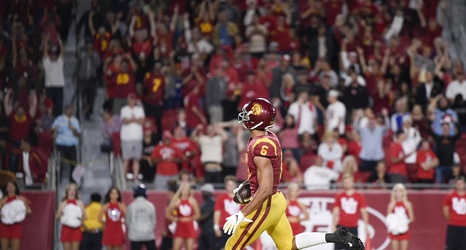 The 2020 NFL Draft survived the pandemic, Roger Goodell outlasted his own fatigue by sinking deeper and deeper in to his La-Z-Boy recliner and the Indianapolis Colts furthered their Super Bowl hopes by adding talented, young individuals to their uniform-tweaked roster.

With these new faces, eventually, finding the tarmac at the Indianapolis International Airport, it’s time to find out what these names will bring with them—along with their carry-on luggage—to the blue and white.

In order to do that, I will be sharing tweets from an account that will be posting video threads of Colts draft selections throughout the off-season—whether that Twitter account is mine or not remains to be seen (follow me @BrownMamba13)—but we will start below with Michael Pittman Jr.