T.Y. Hilton Believes He’s Close to Breaking Out; Not Thinking About his Colts Future 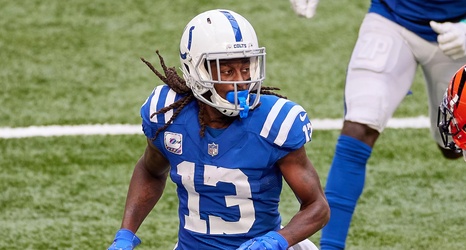 According to The Athletic’s Zak Keefer, Indianapolis Colts wide receiver T.Y. Hilton believes he’s close to breaking out, and the pending free agent is not thinking about his long-term future with the only NFL franchise he’s ever known:

Veteran Colts receiver TY Hilton, who believes he's "close" to a breakout game, says he's not thinking about his uncertain future in Indianapolis. He'll be a free agent at year end for the first time.