The Colts’ playbook is about to open up 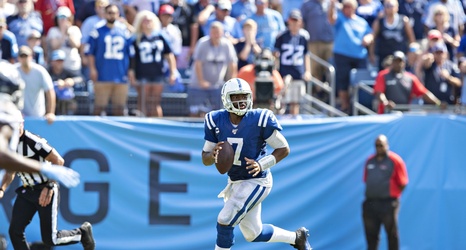 When a new player is introduced, it takes awhile to integrate them into the fold. While Jacoby Brissett isn’t a new player, he is a new starter. It has taken a couple of games to figure out what he does best. Now that they trust him more, the playbook is going to open up.

Brissett hasn’t been the most flashy quarterback through two games. Plays have been called to protect him so far. But everyone knows he has a big arm. He can do more than what he has been doing, and showed flashes of that during the Tennessee game.