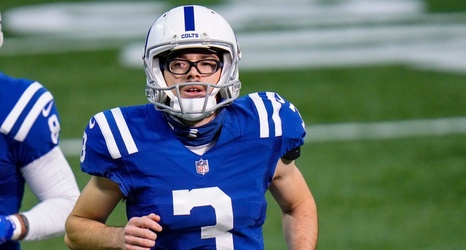 INDIANAPOLIS — The Colts are bringing in competition for Rodrigo Blankenship at kicker.

Indianapolis is signing former Bears kicker Eddy Pineiro, a league source with knowledge of the deal confirmed to IndyStar on Thursday, to compete with the incumbent this offseason.

Blankenship is coming off of a solid rookie season in Indianapolis.

Brought in as an undrafted free agent last offseason, Blankenship beat out Chase McLaughlin for the Colts kicking job in training camp, then made 32 of 37 field goals (86.5%) as a rookie and knocked in 43 of 45 extra points.

Blankenship ultimately ended up being a dependable, accurate replacement after the turmoil of Adam Vinatieri’s final season in 2019, although he failed to establish himself as a kicker with deep range, making just one of his three attempts beyond 50 yards, a 53-yarder.