Setbacks and pain: Marcus Johnson's long journey to making an impact with Colts 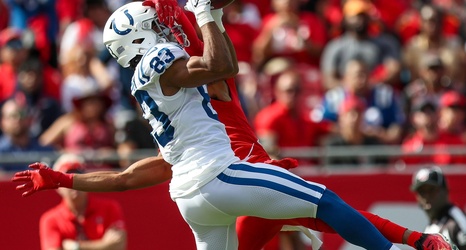 INDIANAPOLIS — There was a palpable lack of energy on the Texas practice field that morning.

Every NFL team had sent at least one representative to Austin, but the assembled crowd felt like it was checking a box at the Texas Pro Day, sleepily rolling in to evaluate a Longhorn class that would produce just one draft pick in 2016.

Marcus Johnson knew he had to wake up those scouts.

“So much anxiety and pressure being put into that moment,” Johnson said. “If I go out there and lay an egg, I may, at the most, get a workout, maybe bring me in for a rookie minicamp.