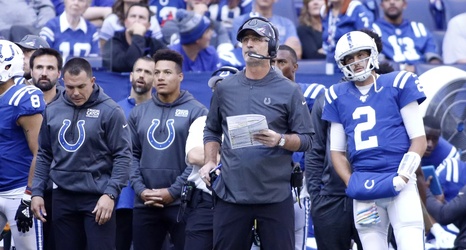 The Colts cornerbacks are clearly better off playing man rather than zone. In the first 4 games of the season, Indy struggled a lot against the pass, until the KC game changed the game plan. Now, using more man-to-man coverage, the Colts defense has been stepping up as of late, also finally giving the D-Line enough time to get to the opposing quarterback.

#2: Sticking with the hot hand at receiver

Zach Pascal has been having himself a breakout season at receiver. Yesterday, he posted a career game with over 100 yards and two touchdowns.