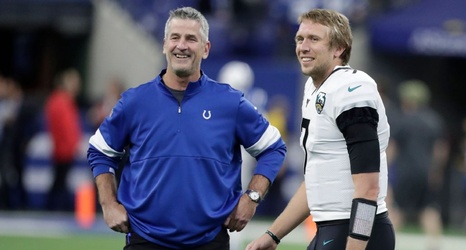 Quarterback Nick Foles signed with the Indianapolis Colts on Monday, reuniting him with coach Frank Reich, who was his offensive coordinator with the Eagles in 2017 when he led Philadelphia to a Super Bowl title.

The team did not disclose terms, but a source told ESPN that Foles received a two-year contract, confirming a report by NFL Network.

The Colts released quarterback James Morgan in a corresponding move.

The Eagles showed interest in a potential reunion with Foles before he agreed to the deal with the Colts, a source told ESPN's Jeremy Fowler.