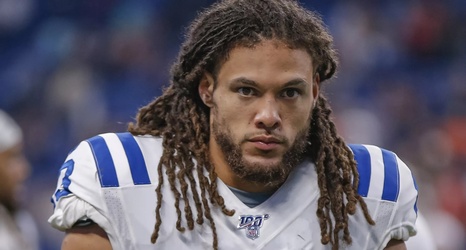 Hogan went undrafted after the 2017 NFL Draft and signed with the Arizona Cardinals. Hogan then signed to the Colts practice squad after being released by the Cardinals during final cut downs.