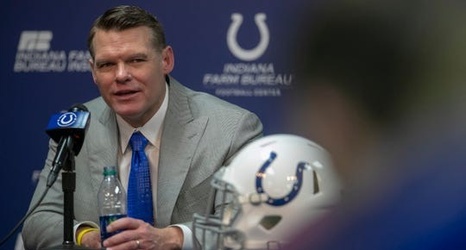 There's no question the Indianapolis Colts have plenty of needs heading into free agency and the NFL Draft.

NFL.com draft analyst Chad Reuter released his latest three-round mock draft Friday and to say there are a few surprises would be an understatement.

Like many of the 2020 NFL Draft predictions, this scenario hinges on quarterbacks.

The names have been constant for the Colts at No. 13. The usual suspects are quarterbacks Justin Herbert of Oregon or Jordan Love of Utah State, South Carolina defensive tackle Javon Kinlaw or wide receivers Jerry Jeudy of Alabama, CeeDee Lamb of Oklahoma or Justin Jefferson of LSU.