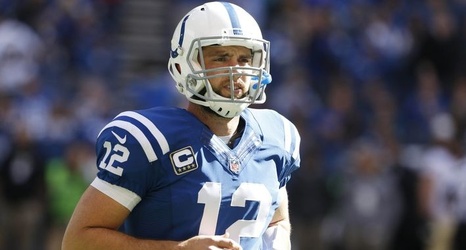 The NFL will look into why the Colts did not disclose Andrew Luck's rib injury on the injury report.

Earlier today, FOX Sports' Jay Glazer reported that Colts quarterback Andrew Luck has been playing with multiple fractured ribs. That is something that many thought was possible and even likely after watching him play, but now that it has been officially reported that Luck is playing injured, it raises this question: why wasn't it on the injury report?

"We will look into it," an NFL spokesman confirmed to Stampede Blue (and others).