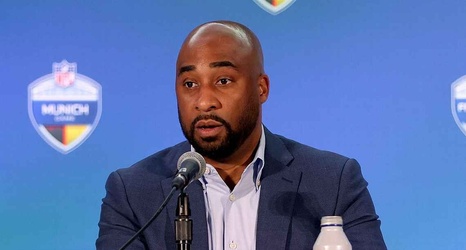 ACCRA, GHANA -- According to NFL International COO Damani Leach, the NFL is not planning on playing a regular season game in Africa in the near future, but are instead focusing on making the game available to the continent's fans.

Leech was speaking to ESPN at the NFL's first camp in Africa, hosted by the Right to Dream soccer academy in Ghana this week, and said that football needed to be widespread as a sport that people watch on TV, in order to build the fanbase for a live game.

Leech said: "We have no plans for a regular season game in Africa.