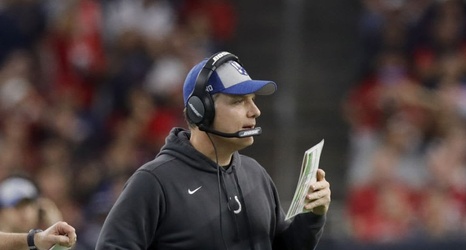 Colts DC Matt Eberflus called out the defense for its awful first-half performances against the Browns and Bengals.

If the Indianapolis Colts have any shot at making the playoffs, they simply need to get off to better starts in games. In Week 5 against Cleveland, they fell down 20-10 at halftime and were somehow fortunate the deficit wasn’t greater. A week later versus a vastly inferior Bengals side, the Colts found themselves staring a 21-point deficit in the face just seconds into the second quarter.

With the schedule beefing up significantly in November — matchups with Baltimore, Tennessee (twice) and Green Bay await — Indianapolis cannot afford to dig themselves colossal holes in the first half.