Leaf outduels Manning: Perspective on preseason football prior to debuts of Eason, Ehlinger 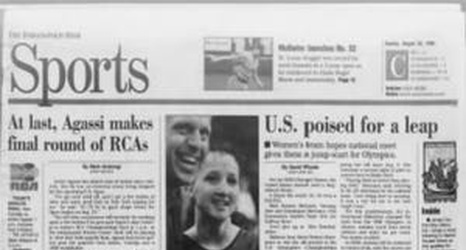 It's a popular headline on social media every NFL preseason:

It appeared over an Associated Press story in the New York Times on Aug. 24, 1998:

And it was true.

The Colts, of course, selected Peyton Manning No. 1 in the 1998 NFL Draft ahead of Ryan Leaf. Leaf did, in fact, out-perform Manning in that preseason game, but not anywhere near on the level of the Chargers' 33-3 victory on Aug. 23, 1998.

Leaf completed 15-of-24 passes for 172 yards with one interception and a rushing touchdown. Manning was 11-of-21 with 2 interceptions and 123 yards.