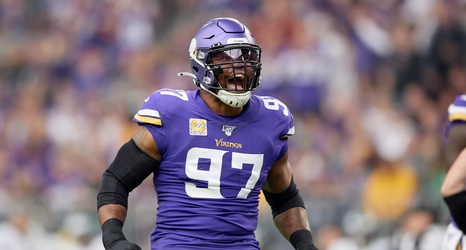 Even after making some major splashes this offseason, the Indianapolis Colts still have a projected $26 million of cap space available to potentially sign some impact free agents.

While some of the team’s offseason needs have already been addressed—namely quarterback, defensive tackle, and cornerback, there are still a few holes on their roster.

With that being said, let’s take a look at some of the notable free agents still remaining that could be a potential fit for the Colts:

The former #1 overall pick of the 2014 NFL Draft is by far the biggest difference-maker left in free agency right now—as a defensive standout who can drastically swing the pendulum for any defense’s success next season.