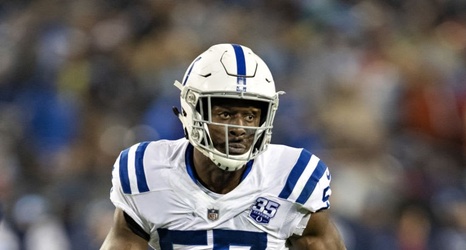 NASHVILLE, TN - DECEMBER 30: Kemoko Turay #57 of the Indianapolis Colts rushes the quarterback during a game against the Tennessee Titans at Nissan Stadium on December 30, 2018 in Nashville, Tennessee. The Colts defeated the Titans 33-17. (Photo by Wesley Hitt/Getty Images)

The Colts want Kemoko Turay to practice extensively before returning to action.

Heading into the bye week, Indianapolis Colts fans were excited to get an extra boost on the defensive side of the ball with the expected return of defensive end Kemoko Turay, who has been recovering from a torn ACL he suffered against the Kansas City Chiefs in Week 5 last year.