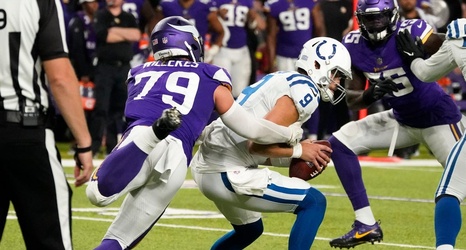 Colts backup quarterbacks Jacob Eason and Sam Ehlinger entered Saturday night's preseason game in Minnesota with a chance to make a statement. Coach Frank Reich said he'd like to name the winner of their competition ahead of next week's game in Detroit, which meant that a standout performance Saturday might have been enough to tip the scales.

Maybe Reich saw what he needed to during the Colts' 12-10 win over the Vikings at U.S. Bank Stadium, but it's doubtful. Neither quarterback looked nearly as sharp as they did during the debuts last weekend against Carolina with Ehlinger tossing a pair of interceptions and leading the Colts offense to just six points in one and a half quarters.