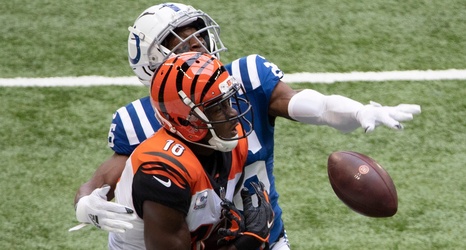 INDIANAPOLIS — The Indianapolis Colts defense, which by most every metric is one of the best in the NFL, has developed a strange identity lately. Like it’s playing with split personalities, timid and discombobulated in the first half before becoming otherworldly stringent and strong-willed in the second.

In the past two games, the Colts defense has yielded 44 points -- 24 against Cincinnati and 20 in Cleveland -- in the first two quarters before limiting each foe to a mere field goal in the final two periods.

Though their season stats are largely colored by those games, along with allowing 14 first-half points in the season-opening loss in Jacksonville, the splits remain jarring.