Insider: Is Philip Rivers Adam Vinatieri all over again? 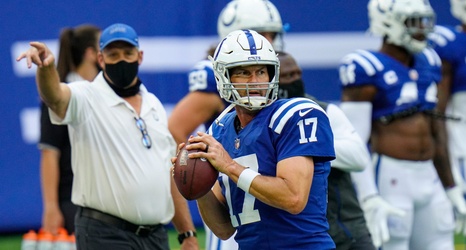 CLEVELAND — A couple bad throws, Frank Reich rationalized. Just a few bad breaks. That’s it. That’s all it was, the Colts coach explained after Sunday’s 32-23 defeat, trying to avoid saying what really happened: His quarterback melted down in the second half and crushed any hopes of his team mounting a comeback.

“I thought he made a ton of plays out there today. … Philip (Rivers) is playing really good football,” Reich said minutes after his 38-year-old quarterback threw a pair of head-scratching, back-breaking interceptions and took a safety on an intentional grounding penalty in the end zone.