Insider: Colts believe DeForest Buckner is going to Pro Bowl and taking teammates with him 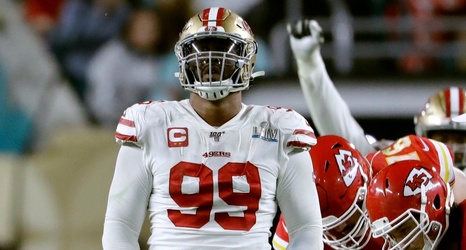 He's yet to play a snap in Indianapolis, but the expectations already are astronomical. The media has played its part since his acquisition, but when it comes to the DeForest Buckner hype train, the Colts are the conductors.

It started, of course, with the price tag. Not only did Chris Ballard deem the 49ers’ All-Pro worthy of the No. 13 overall pick in the draft but also the richest contract the franchise has ever handed out to a defender.

Ballard would later call the move for the coveted 3-technique tackle an easy one. “A no-brainer,” he said.