Insider: Colts' Andrew Luck getting closer and closer to what he once was 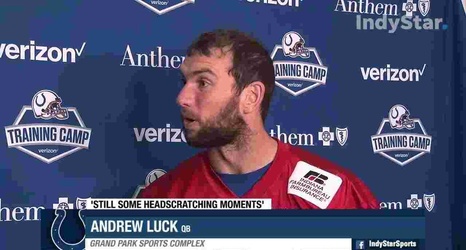 WESTFIELD – A year ago he was a ghost, purposefully working out of sight, showing his face once every few weeks. As the questions and the uncertainties and the doubts continued to linger, behind closed doors, Andrew Luck was lying to himself. He believed his arm was fine, that the pain wouldn’t last, that everything, eventually, would go back to normal.

By now, you know the story: It never did.

The hard lesson he’d come to accept, after an entire season in what’s supposed to be his prime, was lost: He was lying to himself.