Indianapolis Colts finalize first round of roster cuts down to 85 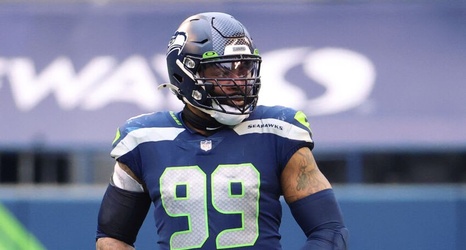 SEATTLE, WASHINGTON - JANUARY 09: Damontre Moore #99 of the Seattle Seahawks looks on in the second quarter against the Los Angeles Rams during the NFC Wild Card Playoff game at Lumen Field on January 09, 2021 in Seattle, Washington. (Photo by Abbie Parr/Getty Images)

The Indianapolis Colts just got their roster down to 85 players. Here are the five players who didn’t make the cut.

The NFL required each team’s roster to be winnowed down to 85 players this on their way to the 53-man roster for the start of the season.