His hometown, his number — this is Edwin Jackson's Super Bowl 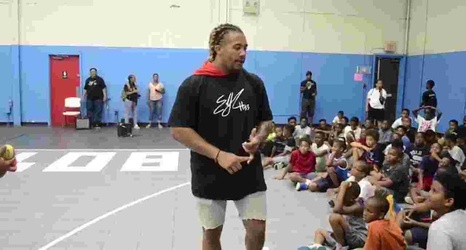 ATLANTA – This was supposed to be Edwin Jackson’s Super Bowl.

Super Bowl LIII. His jersey number, 53. Held in Atlanta, his hometown. This Super Bowl was his ultimate dream, to lead the Indianapolis Colts into the ultimate game, to let the world’s biggest stage amplify his never-say-die, serve others at all costs message to thousands of young people.

He never got the chance.

But that doesn’t mean that he isn’t making his presence felt at this Super Bowl, his Super Bowl, the one tailor-made for him. On Saturday night, at the “Big Game, Big Give,” a star-studded party hosted by rapper Ludacris and headlined by the Black Eyed Peas, the Edwin Jackson 53 Foundation will reveal the names of 53 scholarship winners, college students from Georgia, Indiana and California who will receive $500 for books for the fall semester.