Great Expectations: Why Deon Cain Should Make the 2019 Colts’ Roster 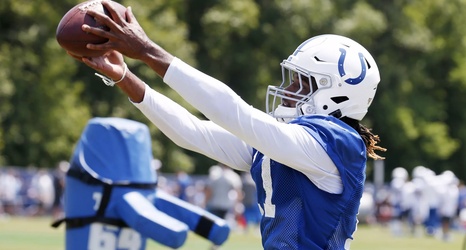 Heading into the 2018 NFL season, there wasn’t too much optimism throughout the Colts’ fanbase. Superstar quarterback Andrew Luck was finally throwing the football again but outside of TY Hilton, there was plenty of skepticism on who could actually catch the ball. One of the most promising players last offseason was sixth round rookie wide receiver Deon Cain out of Clemson.

Cain may have been a sixth round pick, but it certainly didn’t seem like it. Chris Ballard raved about him daily and the coaching staff was obviously excited about his potential.