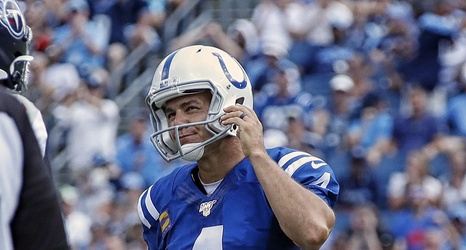 This week pretty much confirms it; the Colts need a new kicker. The kicking game almost cost the Colts another game, but they were able to hold on 19-17. Something needs to be done because the kicking game is killing them. Here is how each unit graded.

Let’s just jump right into it. The kicking performance from Adam Vinatieri was once again horrendous. He missed two of the three kicks that he took, with all of the kicks being extra points. It’s getting to the point that something has to be done with this.

If this were any other kicker, he would get cut this evening and the team would be looking for another kicker starting on Monday.