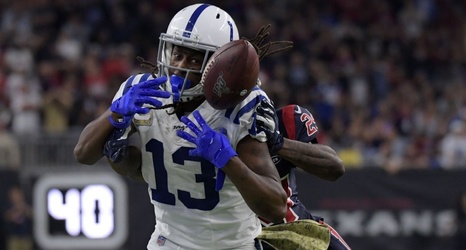 Hilton, instead, said the Colts' 20-17 loss was "100 percent" on him after he struggled in his return following a three-game absence because of a calf injury.

"I let the team down," said Hilton, who finished with three catches, none in the second half, for 18 yards in arguably his worse performance in eight career games in Houston. "Totally on me."