Colts: Should Nyheim Hines contract extension be atop list of priorities? 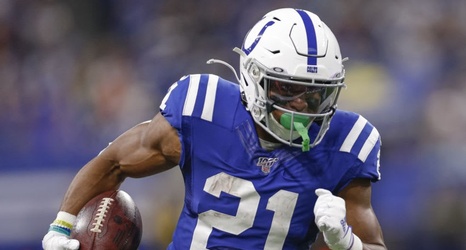 INDIANAPOLIS, IN - NOVEMBER 10: Nyheim Hines #21 of the Indianapolis Colts runs the ball during the game against the Miami Dolphins at Lucas Oil Stadium on November 10, 2019 in Indianapolis, Indiana. (Photo by Michael Hickey/Getty Images)

Ever since Chris Ballard took over as general manager in 2017, the Indianapolis Colts have adopted a fairly simplistic roster-building philosophy: draft, develop, and extend players who exceed or meet expectations after their rookie years.

This offseason was supposed to be centered around extensions for homegrown talents like Quenton Nelson, Darius Leonard and Braden Smith, but only now are we starting to hear buzz about negotiations getting underway … at least in Leonard’s case.