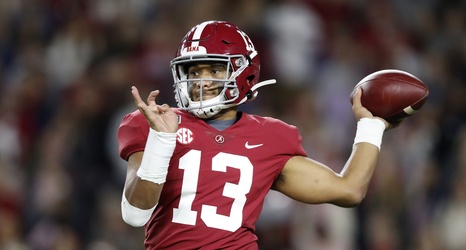 Burrow having an all-time great season leaves several teams in contention for Tagovailoa’s services. The Colts could be one of those teams after Jacoby Brissett‘s unfortunate play down the stretch. The biggest question is, would the Colts take him if he’s available?

Tua put up insane numbers as a sophomore, throwing for almost 4,000 yards and 43 touchdowns to just 6 picks.