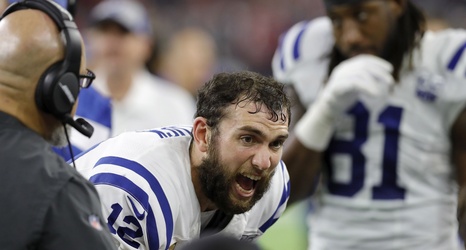 A lot of teams have improved in the offseason. The Colts are definitely one of those teams. According to Vegas though, they did not improve enough. Win total projections have been released, and the Colts’ number is at 9.5, which is under the 10 they had last season.

In addition to that, there are five other teams projected to have better records than the Colts. Those teams are the Patriots, Chiefs, Rams, Saints, and Chargers. Some of those make sense, but a couple of them are baffling as well.

It makes sense for the Patriots, Chiefs, and Rams to be up there, and maybe the Saints too.