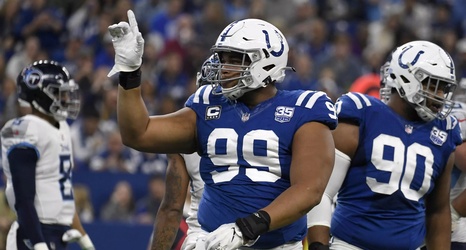 The Indianapolis Colts will be without key pieces in their linebacking and defensive line groups.

Moore was a promising prospect coming out of South Carolina, tallying 353 tackles (213 solo), 20.5 tackles for loss, 5.5 sacks, 20 passes defensed, 14 interceptions (one returned for a touchdown), three forced fumbles and three fumble recoveries. The Colts signed Moore to a free agent deal after he went undrafted.