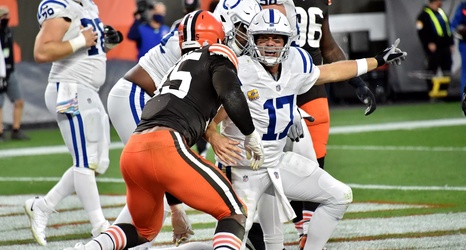 On Sunday, the Indianapolis Colts saw the clear limitations of a 38 year old Philip Rivers as their starting quarterback.

The veteran gunslinger has lost some zip on his best fastball, can make ill-advised decisions, and offers a nonexistent ability to escape or extend plays outside the pocket.

That being said, Rivers wasn’t brought in to carry the Colts offense, in a way that Peyton Manning prime or a healthy Andrew Luck otherwise would’ve.

It’s simply not realistic at this late stage of his career.