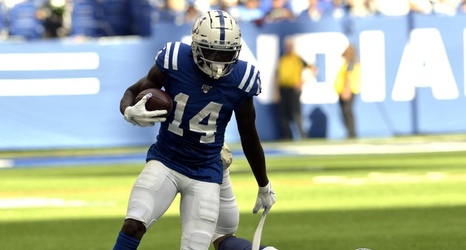 INDIANAPOLIS – Zach Pascal would like at least one play back from his career performance Sunday at Lucas Oil Stadium.

With Indianapolis head coach Frank Reich digging deep into the playbook, the 24-year-old wide receiver recorded his first career pass attempt. And it could have been a highlight.

Running back Nyheim Hines was open in the flat and might have scored a touchdown if he could make one defender miss, but Pascal’s pass was too long and fell incomplete.

“All week (in practice), I underthrew him, and today he was wide open,” Pascal said. “So I’m, like, ‘OK, let me just put some air under it and let him run under it.