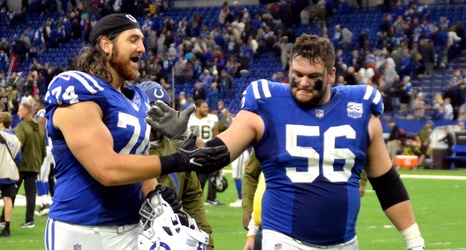 INDIANAPOLIS — The streak was supposed to end Sunday.

Jacksonville came into the game with the NFL's second-ranked defense and recorded 10 sacks the last time it played at Lucas Oil Stadium.

But the Colts threw a shutout at the defensive front during a 29-26 victory this time around. It's the fourth straight game in which Indianapolis has not allowed a sack, a span of 185 pass attempts — second-best in the team's 35-season history in Indiana according to longtime scribe Mike Chappell of Indy Sports Central.