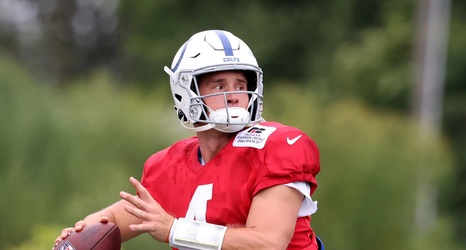 Day 13 Colts Training Camp Notebook: Young Quarterbacks Excel Against Panthers | 93.5 & 107.5 The Fan
INDIANAPOLIS – Mother Nature cooperated and the Colts got some needed work in against the Carolina Panthers on Thursday.

The Colts and Panthers practiced for about 2 hours on Thursday at Grand Park, with the intensity clearly ramped up compared to previous team vs. team sessions.