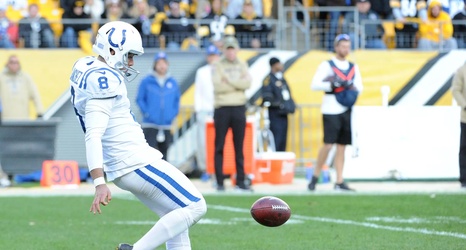 Rigoberto Sanchez returning to Colts’ lineup | Fox 59
INDIANAPOLIS – Rigo’s back. Less than three weeks after having a cancerous tumor removed, Rigoberto Sanchez will be back at work for the Indianapolis Colts. He’s scheduled to handle his normal punting and kickoff duties Sunday when the Houston Texans visit Lucas Oil Stadium. Coach Frank Reich didn’t rule any players out of the game […]