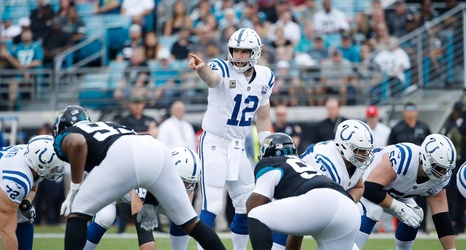 Did Frank Reich make the right decision in playing for the win during their Week Four loss to the Texans? A look back on a big move in 2018, with the Colts and Texans meeting again this season.

Frank Reich's 'aggressive' fourth-down style is part of analytical approach - Indianapolis Colts Blog- ESPN
The Colts' first-year coach isn't afraid to say he "took the risk for the big play and I was wrong" or bask in the glory of "great, good for our team.