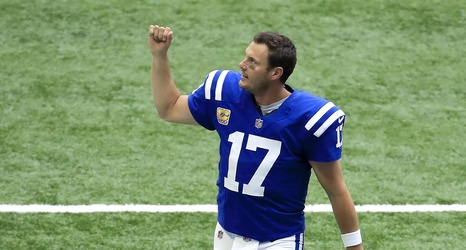 Philip Rivers leads Colts back from 21-point hole to go into bye at 4-2 - Indianapolis Colts Blog- ESPN
The schedule gets tougher from here for the Colts, but they pulled together after a disastrous start against Cincinnati.

With Colts’ Philip Rivers, it was deja vu versus Bengals | Fox 59
INDIANAPOLIS – His new team was getting rolled Sunday at Lucas Oil Stadium by Cincinnati but Philip Rivers’ mind briefly drifted back to when his old team was suffering a similar fate against these same Bengals.