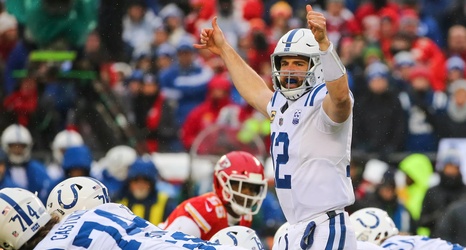 ESPN: Colts Have The NFL’s Best Pass-Blocking Offensive Line
The Indianapolis Colts’ offensive line showed great improvement in pass protection in 2018. Now, they’re even being considered the best unit in the league in that area heading into 2019.

Justin Houston is promising to Colts fans he will bring the pass rush pressure. And Frank Reich says Houston owes the coach something based off prior meetings.

Preordained: The talents that make Frank Reich a successful NFL coach also made him the ideal minister – The Athletic
In both the church and in football, the recipients of Reich's message are invested.