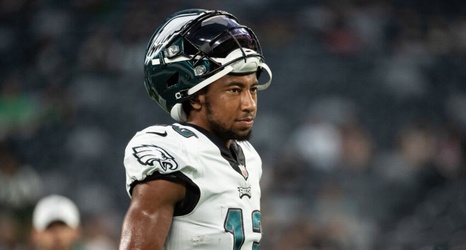 Travis Fulgham #13 of the Philadelphia Eagles before the start of a preseason game against the New York Jets at MetLife Stadium on August 27, 2021 in East Rutherford, New Jersey. (Photo by Dustin Satloff/Getty Images)

Once one door closes, another one usually opens up pretty fast.

In keeping up with the tradition of shocking releases across the league to meet the 53-man roster quota, the Philadelphia Eagles cut ties with wide receiver Travis Fulgham on Tuesday.

For many, this came out of left field because Fulgham was more of an asset than anything for the struggling 2020 Eagles, and folks can’t wrap their head around why the front office would make such a brash decision involving a player who contributed so much to the team in his first NFL action.