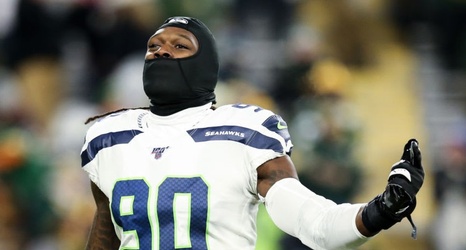 GREEN BAY, WISCONSIN - JANUARY 12: Jadeveon Clowney #90 of the Seattle Seahawks warms up before the NFC Divisional Round Playoff game against the Green Bay Packers at Lambeau Field on January 12, 2020 in Green Bay, Wisconsin. (Photo by Dylan Buell/Getty Images)

Stop us if you’ve heard this before over the last few months: The Indianapolis Colts were recently linked with a marquee free agent, but ultimately lost out to another suitor.

The laundry list of the swings and misses for the Colts this offseason is so long that fans might not know who we’re taking about, but it’s Jadeveon Clowney, who inked a one-year, $10 million deal with the Cleveland Browns this week after mulling offers from several teams.