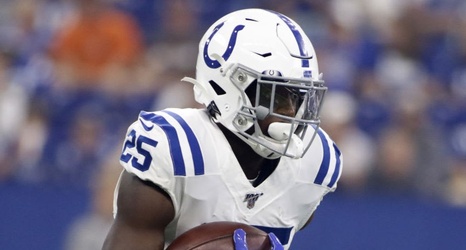 INDIANAPOLIS, INDIANA - AUGUST 17: Marlon Mack #25 of the Indianapolis Colts runs the ball during the preseason game against the Cleveland Browns at Lucas Oil Stadium on August 17, 2019 in Indianapolis, Indiana. (Photo by Justin Casterline/Getty Images)

The Indianapolis Colts had one of the best rushing attacks in the NFL last season, and it only figures to get better in 2021.

After all, you have to think Jonathan Taylor will have a more balanced campaign after he struggled to find his footing out of the gates. For context, outside of a Week 2 breakout performance, the rookie didn’t manage more than 68 rushing yards in a game until Week 10.