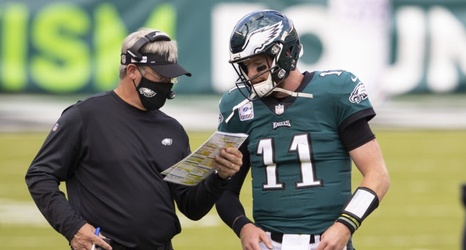 The fall from grace that Carson Wentz endured in what ultimately proved to be his final season with the Philadelphia Eagles was well-documented, though most fans and media members really blew things out of proportion in terms of harping on his supposed leadership flaws.

Most of these reports alleged that Wentz, who was acquired by the Indianapolis Colts via trade earlier this offseason, had fallen out of favor in the Eagles’ locker room and stopped talking to head coach Doug Pederson for weeks after the decision.