Colts: It’s time to give Frank Reich his contract extension 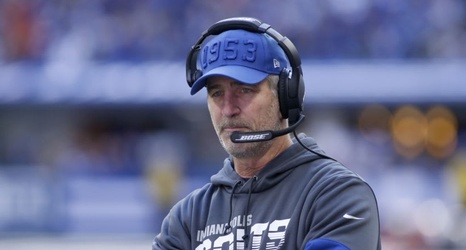 INDIANAPOLIS, INDIANA - OCTOBER 27: Head coach Frank Reich of the Indianapolis Colts on the sidelines in the game against the Denver Broncos at Lucas Oil Stadium on October 27, 2019 in Indianapolis, Indiana. (Photo by Justin Casterline/Getty Images)

Indianapolis Colts fans were terrified leading up to the team’s unforgiving November schedule, and rightfully so, given their list of opponents. With just one game remaining, however, they are already guaranteed to come out the other side with a winning record.

The Colts began the month steamrolling Detroit in a clear trap game and followed that up with a hard-fought loss to Baltimore that could’ve ended differently if not for a costly defensive touchdown in the second quarter that swung momentum.