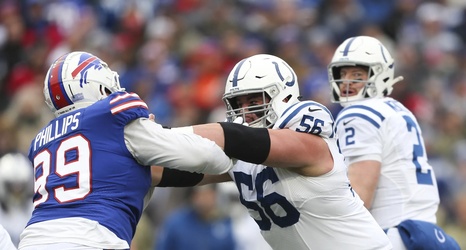 The Indianapolis Colts released their inactive list ahead of Sunday’s game against the Tampa Bay Buccaneers.

Linebacker Darius Leonard and left guard Quenton Nelson, both of whom were listed as questionable after Friday’s practice, are active, according to Kevin Bowen, a Colts’ writer/reporter for 1075 The Fan.

Having both Leonard and Nelson in the starting lineup is huge for the team, as the Bucs present one of the NFL’s best well-rounded teams on both sides of the ball.