Colts GM Chris Ballard on New QB Philip Rivers: ‘I Don’t Know if I’ve Been Around Anybody that Loves Football More’ 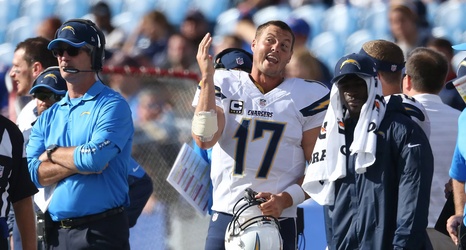 Indianapolis Colts general manager Chris Ballard appeared as a guest on FS1 host Colin Cowherd’s ‘The Herd’ on Tuesday and had high praise for his new veteran quarterback Philip Rivers’ energy and passion for the game of football:

“I don’t know if I’ve been around anybody that loves football more, and I mean lives football,” Ballard said on Rivers’ endless enthusiastic demeanor. “I mean he’s in the building the other day really for the first time, and the second he leaves, I get a 5 minute voice text message from him about all of these ideas.