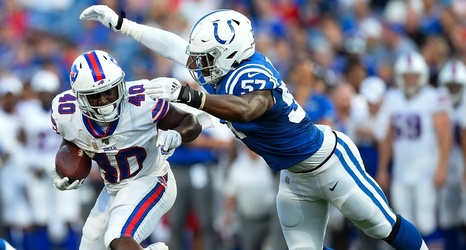 The Indianapolis Colts are preparing for their Week 3 matchup against the Atlanta Falcons and have had a couple of significant injuries, but are also getting a couple of guys back who were previously up in the air earlier in the week.

Earlier in the day Frank Reich and the Colts announced that they would be without linebacker Darius Leonard and that Jabaal Sheard will have to wait a little bit longer to make his 2019 debut.

Leonard has been out this week of practice with concussion symptoms and going through the league’s protocal in order to return.