Colts: Edgerrin James’ Players’ Tribune piece will remind you why you loved him 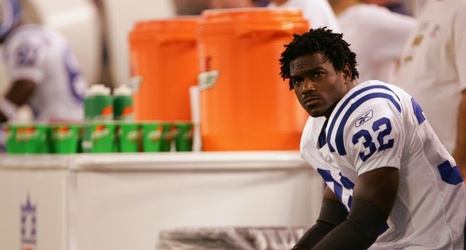 BALTIMORE - SEPTEMBER 11: Running back Edgerrin James #32 of the Indianapolis Colts watches the game against the Baltimore Ravens at M & T Bank Stadium on September 11, 2005, in Baltimore, Maryland. The Colts defeated the Baltimore Ravens 24-7. (Photo by Doug Pensinger/Getty Images)

Before Andrew Luck’s retirement rocked our world, the Colts had displayed remarkable roster stability unlike anything the league had seen in recent years.

Their transition from one All-Pro-caliber QB to another allowed the roster to remain competitive, despite two separate generations of offensive weapons dominating the touches.