Colts DE Kemoko Turay Could Be Activated Off of PUP this Week, But Expected to be a Few Weeks Away from Playing on Gamedays 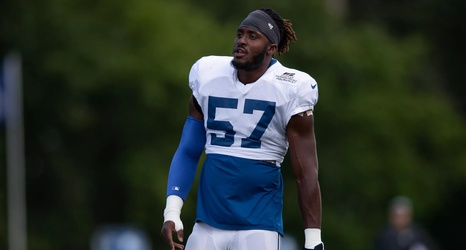 According to The Athletic’s Zak Keefer, Indianapolis Colts head coach Frank Reich said on Monday that while Kemoko Turay could return to team practice this week, the young pass rusher is probably still at least a few weeks away from being active on gamedays:

There's a chance the Colts will get talented DE Kemoko Turay back to practice this week (probably a good one) but he won't play Sunday in Detroit, or likely next week vs.