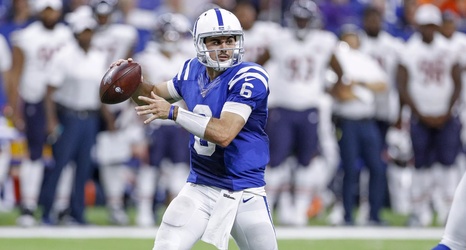 In a development that may leave some pundits surprised, QB Chad Kelly, who was released by the Colts yesterday, has cleared waivers and is expected to be signed to the Colts practice squad. The news was announced by the NFL Network’s Tom Pelissero.

QB Chad Kelly cleared waivers and is expected to re-sign with the #Colts practice squad, source said. Coming off suspension, he'd be their No. 3 QB, behind Jacoby Brissett and Brian Hoyer.

After an impressive preseason, many Colts fans predicted that Kelly might be claimed off waivers due to a rash of injuries among starting (and backup!