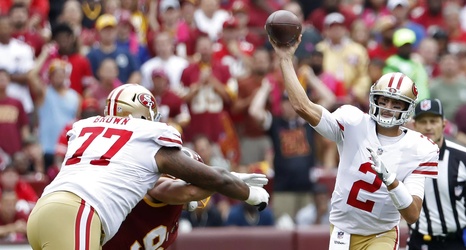 Back in week five of the 2017 season, our Colts hosted the San Francisco 49ers who came to town with their new head coach Kyle Shanahan and had yet to make a move for Jimmy Garoppolo. Instead, they had signed none other than Brian Hoyer to lead their offense. It made sense, given his familiarity with the system. I wrote about Hoyer at length in the Opponent Scouting Report that week and I’m essentially going to re-post it here.

One thing to keep in mind: I was writing about Brian Hoyer in his role as a starting quarterback.