Adam Vinatieri didn't think about possibility of getting cut 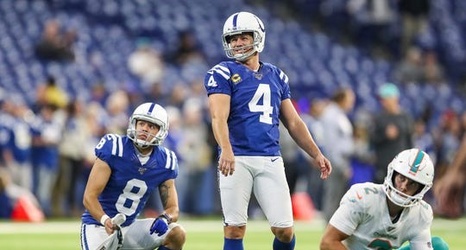 INDIANAPOLIS -- If Adam Vinatieri's Indianapolis Colts career was on the line this week, the 46-year-old kicker wasn't thinking about it.

While Reich declined to publicly back Vinatieri on Sunday and Monday and the team brought in four kickers for a workout Tuesday, the NFL's all-time leading scorer says he wasn't paying any attention.

"That’s way above my pay grade," Vinatieri said Thursday while standing in front of his locker amid a sea of reporters. "I don’t think about that stuff. My only thing is to come in and check out the film, see what we can do better and move on.